HUSCO International’s CEO, Austin Ramirez sat in on a meeting with the governor of Wisconsin and the Association of Equipment Manufacturers (AEM) Wednesday to discuss the local manufacturing industry’s health and initiatives the state has planned to support the manufacturing sector and the industries that support it.

Scott Walker, governor of Wisconsin, gave his thoughts about the necessity of manufacturing in the state. He also provided insight on how his office has planned to support the nearly 62,000 jobs that come from manufacturing-based firms located within the state. Wisconsin’s manufacturing sector brings in about $26 billion in sales and continues to be the largest industry in the state.

“The future of HUSCO, and to an extent Wisconsin, is reliant upon a government that supports American manufacturing especially in the face of increasing global competition and less than optimal economic conditions,” Ramirez said, “It’s become increasingly necessary for the ongoing welfare of our companies and our employees that we make our voices heard.”

Ramirez was joined by a number of influential executives from a variety of companies who have large presences in the state. The companies represented included Wacker Neuson SE, Joy Global and Astec Industries.

To read more about the position of the governor on manufacturing in Wisconsin and how AEM is working to support the workforces and industries who operate in the state and the nation, please click here. 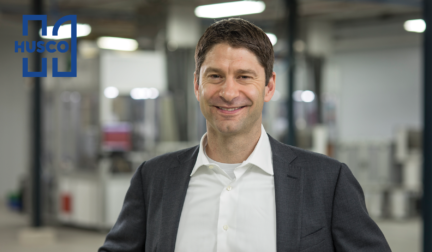